It was love at first listen when Pat volunteered to emcee a radio program called “True Tales.”

The program, which features community members telling their own first-person experience stories, has grown from being aired on the radio to being filmed and broadcast on television at PPMtv, channel 98 in the Seacoast area. Each show, recorded for later broadcast, features five different storytellers sharing their own, true, 10-minute tales followed by an interview.

Taped at the station in front of a live audience from 6:30-8:00 p.m. on the last Tuesday of each month, “True Tales Live” welcomes new tellers and audience members. Podcasts and a full catalog of videos are available to all who want to listen on their own schedules. You can tell a story, watch live in the audience, tune in from home or stream the show on your computer at www.ppmtvnh.org, or volunteer to tell a story by contacting us truetaleslive1@gmail.com.

As TTL has grown in popularity, a free monthly off-air workshop has been added. Tellers come to the station at PPMtv on the first Tuesday of each month, from 7:30-9:00 p.m., to try out a story and get feedback. The workshops are free and open to the public. Contact patspalding@gmail.com for more information.

“’True Tales Live’ is like going to storytelling school,” Pat says. “In the last three years, I’ve traveled to many different places, experienced foreign cultures and customs, and met people I never would have otherwise known. As I’ve identified with their loves and losses, I have become a part of this ever-expanding community of tellers and listeners who generously share their stories.”

To see what’s coming up on True Tales Live, watch video clips of past shows and find links to podcasts, follow “True Tales Live” on Facebook. 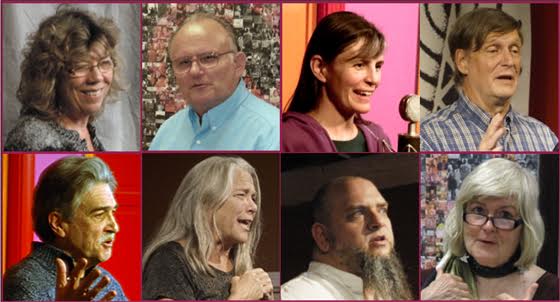